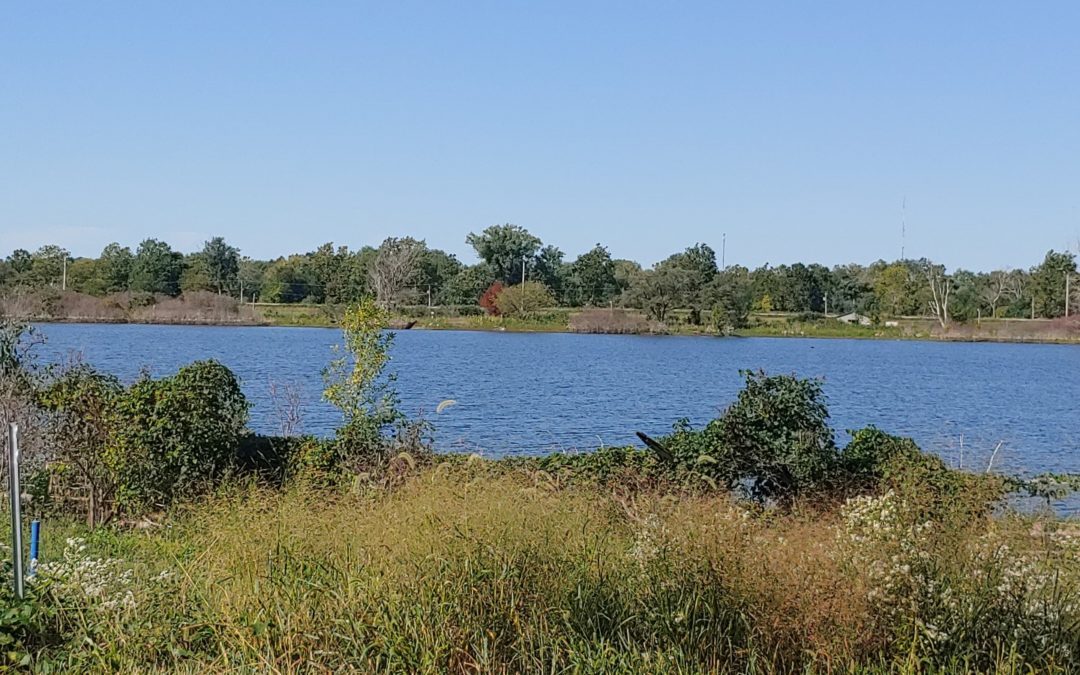 Last week, we were at Black Sheep sporting goods to pickup something Shawn needed for the upcoming hunting season, and I noticed a huge display of paracord on sale. On the way out, we grabbed a few bundles and Shawn threw one in the RV. You may be thinking, “Whatever”, but this foreshadowing is important.

Sunday was a long day of driving from the Black Hills of South Dakota to the corn fields of Iowa. At this point, we are starting to rate rest stops because they are our friends. So far, Montana has the best. Nice buildings with indoor facilities, individual tiled bathrooms with mirrors, and Dyson hand dryers. In Iowa, all of the stops have this huge teepee structure (pictured below) out front. The last rest stop in Iowa on the Missouri River also has a 50-foot statue of an American Indian woman (she is not Pocahontas, but a combination of three female models) wrapped in a quilt. I will find a quilt wherever I go.

We spent the night at the Onawa/Blue Lake KOA. As this is the end of the travel season, most of the RV parks are only half filled. We were sitting at our picnic table enjoying the last of the salsa from our garden and the view of the lake, when another RV pulled in right in front of us blocking said view and unloading two dogs and three young boys, all with pent up energy to spare.

While driving to the KOA, we saw signs that there was a detour on I-29 due to flooding so we knew we were in for a longer drive than we had planned on Monday. Although the Missouri River appeared to be at least a half mile from the interstate, there were many places where the water approached the road. Trusty Google gave us an alternate route that would still put us in Kansas City in time for a BBQ lunch. We exited the interstate and proceeded to the back road that would route us around the 15-mile flooded section of I-29.

And then we were confronted with a railroad overpass with an 11′ clearance. Our fifth wheel is 12’6″. Shawn pulled to the side of the road as we contemplated this obstacle. Does 11′ mean 11′ at the sides of the tunnel or in the middle of the tunnel? Shawn got out, walked up to the overpass, held his hand up, and attempted to judge the height. We decided this obstacle was insurmountable; however, we were on the aforementioned “back road” and a U-turn is not an option when pulling a 28′ long trailer.

Shawn had to back down the road in order to turn around and get back on the interstate. Luckily, traffic is light on the back roads of Iowa on a Monday morning. Once again, we turned to technology to help us out of this mess. Before our trip, Shawn purchased a cool app for RV trip planning that helps you find RV parks that your rig will fit in, gas along your route, and any height restrictions that may impede your adventures. Yeah, the app was down for maintenance today. So back to our friend Google.

Our new route added 45 minutes to our 4-hour drive, so it was beginning to look like a late lunch. We drove through a small town before turning into the countryside. While enjoying the scenery, we saw the dreaded sign with a red-flag. Low clearance ahead: 12′ 5″. We continued driving. The sign appeared again, yet we soldiered on. We got to the overpass and pulled to the side of the road once again to contemplate our obstacle. Shawn was pretty sure our height is 12′ 6″, but he thought he erred on the taller side when he measured the rig at home.

Unfortunately, we did not have a tape measure. Once again, Shawn got out and walked up to the overpass. A passing car stopped to see if we needed help. She rolled down her window, looked down the road at Shawn then up at the RV and said “I vote No.” She drove up to Shawn and reiterated her opinion before driving off. At the side of the road, we noticed the remains of sheared off RV air conditioning vent. Shawn also reported that the metal on the overpass was mangled due to previous interactions with over-optimistic vehicles.

We needed a way to measure the RV and the overpass. Thank God we were carrying paracord! No, I did not shimmy up the overpass and drop the cord over. Shawn pulled out a fishing pole and tied the paracord to the tip. Then he climbed on top of the RV while I held the rod up and marked the length of the cord on the ground. Then he went to the overpass and tested various spots concluding that we could probably make it with 2-3 inches to spare.

We armed ourselves with 2-way radios and I trotted down the road to watch him drive through. My job was to let him know if I could no longer see daylight between the top of the RV and the bottom of the overpass. We waited for traffic to clear, and Shawn started to pull through. I was trying to watch, take pictures and monitor traffic simultaneously when a moving truck came barreling toward the blind curve before the overpass. I jammed down the radio button and yelled at Shawn and he yelled back telling me to make the truck stop. Stressful? Maybe a touch.

Shawn inched through the opening and pulled to the side of the road as I let the accumulated traffic continue on its way. The poor fellow in the 13′ moving truck was stranded in Iowa for the unforeseeable future, but we continued down the road in search of a well deserved BBQ lunch…thanks to our $2.99 bargain paracord.

The rest of the journey was uneventful, thankfully. We are staying at an RV park in Kansas City, MO. The RV park is attached to an amusement park so we can see roller coasters out our windows; however, the park is only open on weekends at this time of year so there’s no screaming. After getting the RV situated, we headed to the other Kansas City for BBQ.

Based on reviews, we decided on Joe’s Kansas City BBQ. Even though we arrived at 2:30, the place was packed. We split a plate of pulled pork and brisket with sides of onion rings and red beans and rice. The meat had good smoke flavor and the sauces were heavy on the pepper.

What an exciting day. Tomorrow we head to St. Louis to experience their BBQ.